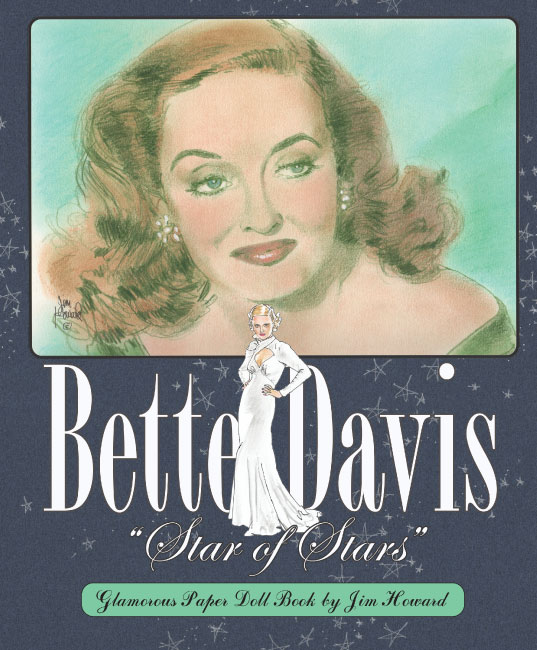 Eyes. Attitude. Talent. These are lingering images we carry of the incomparable and truly legendary Bette Davis. Nominated for ten Oscars during her amazing career, Bette Davis both as an actress and force of nature pushed Hollywood to a new plateau. On screen she reinvented women’s roles. Off screen she fought voraciously for good scripts, decent treatment of crew members and, especially, for the control of her own career.

Bette Davis became the first woman president of the Academy of Motion Picture Arts and Sciences in 1941, the same year she also joined forces with John Garfield to organize the Hollywood Canteen, a hospitality center in Los Angeles for our fighting US military men.

From the mid-thirties to the close of World War II, she was the highest paid woman in America. The public adored her and never knew what to expect from her. She became so powerful at her home studio, she was often referred to as “The Fourth Warner Brother.” Some critics considered her style abrasive but her work was nevertheless innovative. To generations of women and aspiring actors, she became a true inspiration and role model. Even when her age caused movie roles to be fewer and less appealing, Bette Davis again took charge and did something no one had dared do before: she placed a full-page advertisement in Hollywood Reporter to resemble a want ad, saying “Situation Wanted: Mother of three, 30 years experience as an actress, more affable than rumor would have it, wants steady employment in Hollywood.” Her career soon took off again with Whatever Happened to Baby Jane, a role which garnered her a tenth Academy Award nomination.

Unforgettable movie lines, delivered in her inimitable style, have long become part of our vernacular. “What a dump,” “Fasten your seat belt, it’s going to be a bumpy ride,” “Let’s not ask for the moon, we have the stars” and “I’d love to kiss ya but I just washed my hair” will forever remind us of Bette Davis.

On February 23, 1939, her stellar performance in Jezebel, directed by William Wyler, earned her Hollywood’s highest accolade: The Oscar for Best Actress of 1938. This was the second time an Academy Award had been placed in the hands of the woman who three years earlier had reputedly given the statuette it’s nickname. Miss Davis claimed that it reminded her of “the derriere of my husband (Harmon Oscar Nelson).”

Bette Davis never considered herself a fashion plate, and in fact, demanded that her costumes reflect the character she was portraying rather than glamorize her as a star. Nevertheless, her costumes, most often by Orry-Kelly, frequently made stunning fashion statements. In Now, Voyager (1942), her Cinderella transformation from frump to super-chic still inspires fashion designers today. This paper doll book by Jim Howard includes costumes from many of her most famous films, some contemporary and others from various historic periods.

In the 1980s, with her health failing, the legendary star was feted and honored for her achievements. She received the Kennedy Center Honor, the Legion of Honor from France, the Campione d’Italia from Italy and the Film Society of Lincoln Center Lifetime Achievement Award. Bette Davis died of cancer at age 81 in 1989 having just been honored at an International Film Festival in Spain. Her tombstone in Forest Lawn Cemetery reads… “She did it the hard way.”