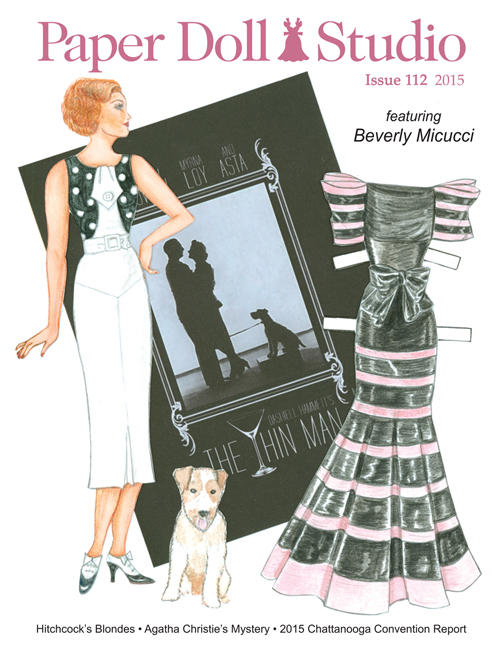 Three years ago, famed English movie director, Alfred Hitchcock was in the news even though he had died in 1980. Two depictions of his obsession with his blonde leading ladies turned a harsh, glaring spotlight on the genius talent. Hitchcock was a big screen biographical drama that focused on the challenge of making the classic horror film, Psycho. The director, played by Anthony Hopkins, was presented as a brilliant, but driven, heartless creative talent. Scarlett Johansson played Janet Leigh and Jessica Biel played Vera Miles, both blondes. The same year, BBC and HBO produced a dark drama entitled The Girl, starring Toby Jones as the director and Sienna Miller as Tippi Hedren. This production revealed the director’s sadistic cruelty towards his discovery and leading lady in The Birds.

Until these on-screen depictions, the movie stars that the very successful director glorified in his masterful mystery films over the decades were known as “Hitchcock Blondes,” a term considered quite flattering and even rather amusing. Indeed, the idea of the elderly, rotund Englishman besotted with a blonde goddess of his own creation was a classic story. Pygmalilan and Galetea or My Fair Lady, all over again. Some of Hollywood’s most gorgeous blondes were glorified in Hitchcock’s hit films. Grace Kelly, Kim Novak, Eva Marie Saint and Tippi Hedren are the most famous. The characters they played, carefully controlled by the domineering director, were always icy cool, super sophisticated, lavishly wardrobed and groomed to a sleek degree that was almost unreal. Often they were also treacherous and sometimes murderous.

Of all the Hitchcock blondes, his obvious favorite and the most archetypal was Grace Kelly. A few years before becoming the Princess of Monaco, the classically beautiful ex-model was cast by Hitchcock as an adulterous wife whose husband plans to have her murdered, but in a botched struggle she murders the killer. The complicated plot involves a phone call. Thus the title of the 1954 hit, Dial M for Murder. Hitchcock again cast Grace Kelly in Rear Window opposite James Stewart. As a tremendously chic New York fashion editor, the classy star was dressed in the epitome of sophisticated high style. In the 1955 romantic thriller for Hitchcock, To Catch a Thief, Grace Kelly exudes glamour as she pursues Cary Grant, a jewel thief. They made a charming on-screen couple. Ironically, one scene takes place as they speed along the mountainous Riviera cliff road to Monaco, the site of Princess Grace’s fatal accident in 1982.

In 1958, Hitchcock directed Vertigo, a psychological drama starring Kim Novak, the husky-voiced sex symbol. Her somewhat catatonic acting style made her the ideal actress to take on the dual role of a brunette woman impersonating a possibly possessed, perhaps suicidal woman, a blonde, of course, who has been murdered. James Stewart played a duped detective who finally unravels the convoluted story line as dizzying as vertigo itself. The film was not initially a hit although it is now considered a masterpiece.

The Birds, made in 1963, was a smash and catapulted Tippi Hedren, the novice leading lady, into stardom. The ex-model paid a high price as the director emotionally tortured her in order to get the performance he wanted. In the famous bird attack scene, the fledgling actress was traumatized, trapped in a cage with stagehands pelting her with panic-stricken live crows and ravens instead of the fake birds she expected. Hitchcock again cast her in Marnie, another psychological thriller that tells of a troubled woman, a thief and murderer. Again, a blonde. The leading role involves disguises and make-overs. Filming it under the heavy hand of the abusive, bullying director was so upsetting to the star that she refused to make another movie for the duration of Hitchcock’s seven-year exclusive contract.

Eva Marie Saint was a dramatic actress usually cast as a plain, gentle creature similar to her Oscar-winning debut in On the Waterfront. Alfred Hitchcock saw the rather washed-out blonde in a totally different light and cast her as the possibly lethal, assuredly seductive, sensuous star of the 1959 spy thriller, North by Northwest. The role called for yet another actress Hitchcock-engineered make-over including a wardrobe personally chosen at Bergdorf Goodman by the director himself. Hitchcock’s glamorization was so effective that the audience never doubted Cary Grant could be swept off his feet by this definitive Hitchcock blonde.

One stellar Hitchcock heroine was decidedly not mysterious, but she was definitely blonde in The Man Who Knew Too Much. Doris Day played the fraught mother of a kidnapped son who saved him by singing “Que Sera, Sera,” a lilting tune that became a huge hit. The director’s non-stop obsession couldn’t resist having his leading lady wear that same sort of sharply tailored gray suit every Hitchcock blonde wore. It just might have been a fetish for him.

Another non-typical Hitchcock Blonde was beauteous Joan Fontaine who was cast as a simpy victim in two films. In Rebecca (1940), she was dominated by an evil housekeeper and a dead first wife while in Suspicion (1941), she feared Cary Grant as her husband was plotting her demise.

The costume designer often favored by Hitchcock was Edith Head who was famously compliant and never tried to override the opinion of any director, let alone one who was as persnickety about his blonde’s wardrobes. He insisted on making color choices that he felt were significant to a character or to the scene’s emotional thrust. In Vertigo, he demanded Kim Novak wear that very strict gray suit and she balked. She also refused a pair of black shoes. She lost both battles. Tippi Hedren’s eau de nil suit in The Birds was the director’s own color choice, a repeat of a color he had Grace Kelly wear years before in Rear Window. He personally chose Hedren’s very restrained accessories. For the publicity tour when the film opened, guess who chose the star’s $18,000 wardrobe?

Although it is interesting when film historians ponder the character of Alfred Hitchcock and his sometimes sinister obsession with the blondes he showcased in so many of his films, it is all beside the point. The point being that many of the greatest films ever made were propelled by one director’s fixation on mysterious blondes. 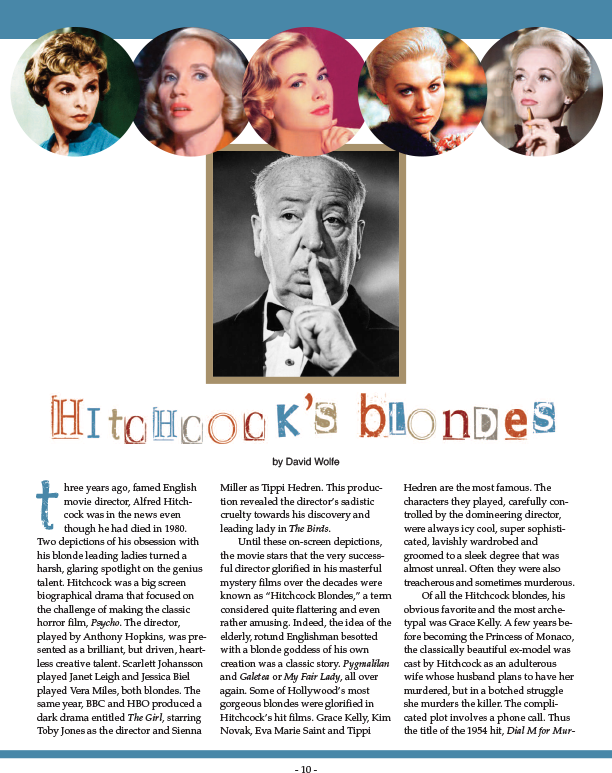 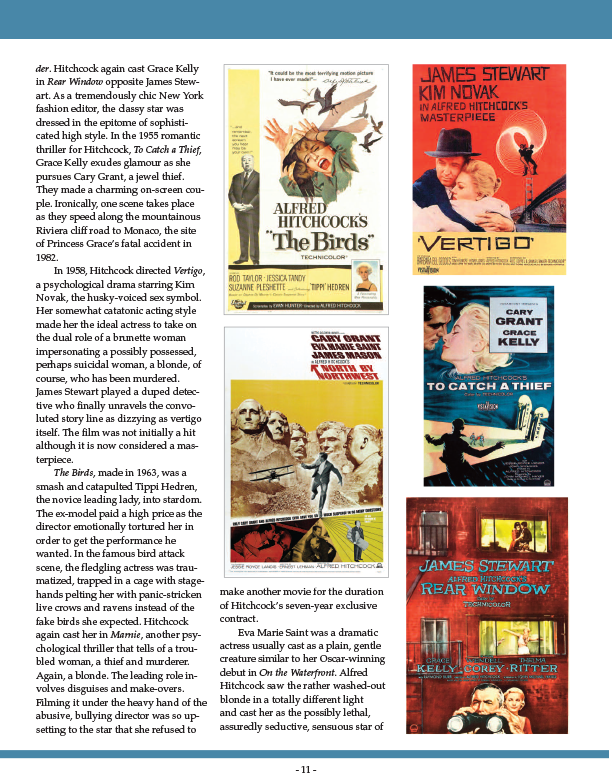 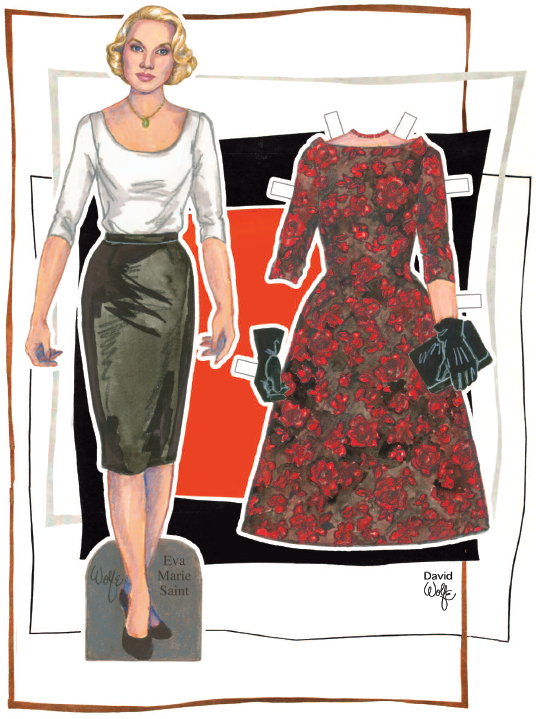 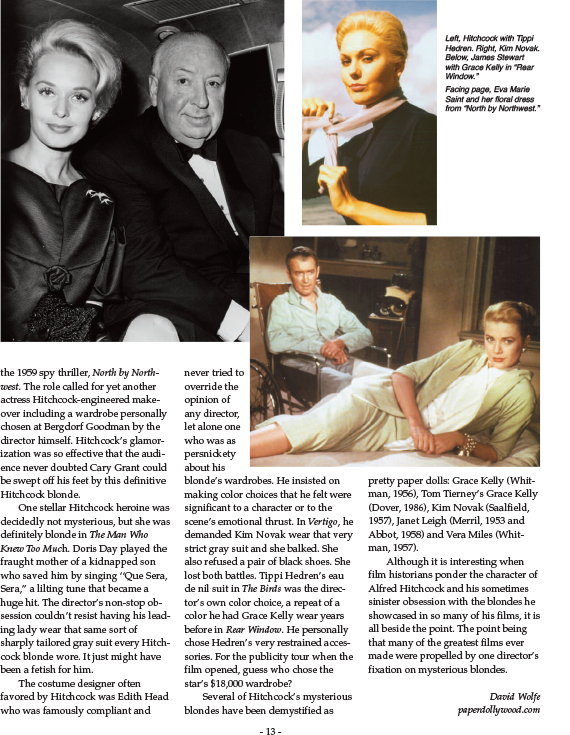